A journey into the fantasy of science or the science of fantasy:

(A science fiction tale based on theoretical hypotheses, interpreted by fantasy)

One day, hearing about "ENTANGLEMENT", I let my imagination run wild by listening to his suggestions.

From deduction to deduction, thinking about what is written in "Man and after him", I tried to consolidate my imaginations by going into science fiction (*1) -

Enlightened by the possibilities offered by the Entanglement, in a euphoria from Dr. "Doc"

, I prepare myself for the creation of two quantum computers and insert "entangled quarks" in the CPUs thus creating a single system operating in two different places (such as Matrix ).

Then I install one of the computers in a small humanoid robot and the other in a wearable console with a connection between the artificial synapses of the console and the synapses of my brain neurons, thus creating a hybrid neuronal network capable of functioning as a single subject.


I try it, I enter the character and leave for Fantasy land, a kingdom where notoriously everything is allowed.


With the robot I begin to travel, experiencing all the sensations as if I were the one moving and only my simulacrum was left on the chair.

As a mad scientist, the desire to reach the limits of science ... and fantasy leads me to conceive interspatial journeys where the robot, not subject to human frailty, can arrive.

Using a high-powered laser to push the Robot equipped with a large photon sail at speeds close to those of light, I move through the streets of the sky but, not satisfied because the speed of light is too slow for my imagination, I move on the concepts of space curvature imagined by "Star Trek" and theorized by Miguel Alcubierre in "The Warp Drive: Hyper-Fast" and I travel at the speed of fantasy.


My mind takes the robot (myself) on journeys in search of our fellow humans, but the desire for omnipotence pushes me beyond the imagination and in my mind the dramatic / sensational worm of sending the robot into a black hole arises …

“To see the effect it does”.

Seized by an irrepressible curiosity and perhaps not aware of the inherent dangers, I set out to explore the great mystery.


Without delay and with the certainty (perhaps) of not being the one taking the risk, I point the robot towards the black hole and at warp speed 5 I leave for the adventure.

The robot (myself), while not knowing what lies beyond or what could happen, is heading at mad speed into the unexplored jaws of the event horizon.

The extreme speed reached by the photonic sail, in addition to the compression of spacetime, means that by entering the "whirlpool", the robot maintains its dimensions and the spaghettification due to the gravitational force does not occur, which increases exponentially as it approaches the central singularity.

My ego, which, having not moved from the chair, thinks it can manage everything or abandon the fight, is overwhelmed and unable to be autonomous in choices is dragged by events. 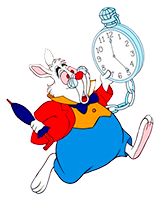 Passed the swirling "membrane", like Alice in Wonderland I fall spinning in a hole full of colors with the feeling that it is bottomless.

Amazed by visions like Walt Disney, the phrase "you will see how deep the White Rabbit's lair"  , bewildered by the thought, I look around in search of Him.


Suddenly the fall softly stops and I perceive someone saying "without speaking" phrases that arise in my brain as conceptual images.

An "alien" landscape appears before me as something that seems to be without existing.

I feel that I am no longer part of myself, but of the whole, I don't need to see and hear, everything is within me.

As I get used to the situation, I regain consciousness of myself and begin to try to understand where I am.

Knowledge enters me and scares me, I perceive entities that scrutinize me and study me like a laboratory guinea pig and in turn I can perceive their "being" and their thoughts.

We interpenetrate each other and, although I am in a state of awe towards them, I do not feel in danger, indeed new horizons and new certainties caress my mind.

I feel them busy managing a disproportionate set of things and little by little I understand that they are working on an immense project, a project as big as a Universe,


I realize that the universe we inhabit or think we inhabit is not a reality, but a huge simulation run by these entities experimenting with their own evolutionary theories.

I see, I imagine, I perceive absurd things, ....  time as we know it does not exist, it is just an expedient for sequencing events consisting of single static "frames" in their own right, which can be traveled in one direction or another.

Each "frame" is a thin portion of the two-dimensional universe projected into our reality as a four-dimensional hologram, which we see as three-dimensional.

I the program, according to algorithms set by them, sequentially builds slices of the universe smaller than the quark and another program analyzes how everything evolves, sometimes finding anomalies that the entities try to manage in order not to compromise their work and not to create inconsistencies ... like my meddling.

Their purpose is to experiment with variables to the precoded laws, placing their attention (our living) in a point of the "virtual time" of the managed universe, to verify the evolution produced by the change.
The only limit is given by the speed of the CPUs used which translates into the constant of the "speed of light", a limit which, however, is limited to our interactions.

It's bad to admit it, but our every action is the result of algorithms set by others.

The program creates a succession of events all intersecting each other, in an immense and rigid framework where everything is interconnected and the change of a single element, whether desired or due to a mistake in the program (because being so complex it is not exempt by small errors), affects the whole structure with a "butterfly effect" (if in Brazil a butterfly moves its wings it can create a hurricane in Texas).

In reality, the program creates a two-dimensional universe made up of "ordinary" matter and "condensed matter" weakly reacting to each other, but intrinsically interconnected and projects them in the form of a three-dimensional hologram, creating the world in which we live ... or that we think to live.

I understand that the Entanglement is not something they wanted but, as in the Matrix in the "déjà-vu", it is a typo of the system that creates, from a single two-dimensional point, two three-dimensional points that move independently, but which intrinsically remain one thing.

The time that passes is only theirs, or maybe they too are a hologram managed by others ...

During my reasoning, a feeling of guilt assails me and I feel their judgment within me:

At this point a doubt has wormed my brain:  a "virtual" entity that remains physically with "real" subjects, can it exist or am I still in another simulation ?

... thinking about this theme, the “Plato's Cave” comes to mind where:

Taken from these considerations, I wonder:    am I part of a great "Matrix", or am I simply dreaming ?

Unexpectedly, I find myself sitting in my armchair managing a computer no longer connected to infinity, but exclusively an end in itself.

In my mind there are confused memories they enter, the Matrix with Neo fighting the simulation and Alice with the Cheshire Cat who transforms into an indefinable identity that gradually vanishes.

A flash crosses my mind ... but in the Bible it says:

... I feel like floating on the clouds and a feeling of sweet exhaustion accompanies me in the kingdom of Morpheus.

a question arises: ... but is it really all fantasy?

Here is a bit of clarity on the terms and concepts used in the story :

Those who have seen the film "Matrix" will remember the famous "déjà-vu", with the protagonist Neo who sees the scene of the passage of the cat repeated twice.

After this exposition of "pseudoscience" it comes back up :